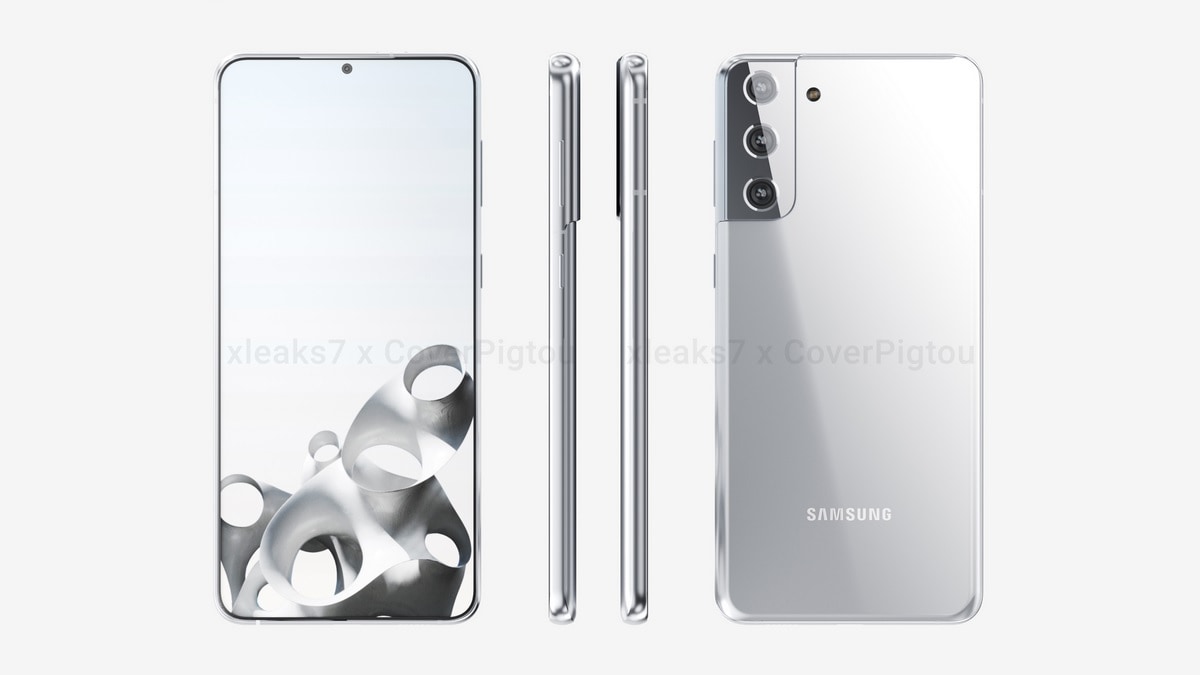 CAD renders shared by CoverPigtou in collaboration with David from @xleaks show Samsung Galaxy S21+ from various angles. The report states that the phone measures 161.55×75.6×7.86mm, that is larger than the rumoured size of the Galaxy S21, and barely larger than Samsung Galaxy S20+ that comes in at 161.90×73.70×7.80mm.

The camera design on the Samsung Galaxy S21 series is quite different compared to the previous flagships. From the renders, it seems like Samsung has managed to minimise the camera bump while still giving the phone three camera sensors. The flash appears to be placed outside the camera module. A USB Type-C port and a speaker grill can be seen on the bottom.

Previous leaks have suggested that Samsung Galaxy S21+ could come with a 120Hz refresh rate display, 5G, Wi-Fi 6, and a 4,800mAh battery with 25W fast-charging support. The phone is expected to feature a triple rear camera setup that includes a 12-megapixel primary sensor, a 12-megapixel ultra-wide shooter, and a 64-megapixel telephoto shooter.

Samsung has not shared any information on the rumoured upcoming flagship smartphone series, but the phones are expected to debut earlier than usual.

Is this the end of the Samsung Galaxy Note series as we know it? We discussed this on Orbital, our weekly technology podcast, which you can subscribe to via Apple Podcasts, Google Podcasts, or RSS, download the episode, or just hit the play button below.