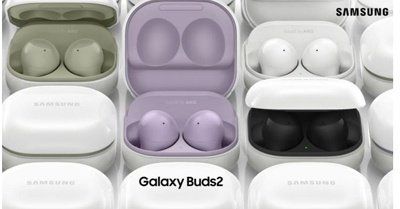 Noted leaker SnoopyTech posted a list of specs they claim are for the Galaxy Buds 2, suggesting that the earbuds will feature active noise cancellation (ANC), Bluetooth 5.2 and IPX7 water resistance.

While the leaker didn’t reveal the source of the specs, and we have no way to verify the, they do corroborate previous rumors and give us a decent idea of what expect from Samsung’s next pair of true wireless earbuds.

According to SnoopyTech, the Galaxy Buds 2 could also have a slightly larger battery (61 mAh over the original’s 58 mAh) and will offer 8 hours of playback versus the first-gen Buds’ 6 hours. A further 20 hours of battery life can reportedly be had from the charging case.

With ANC activated, battery life could apparently drop to 5 hours, with 13 more provided by the case. Other tipped specs include wireless Qi charging, a dual-speaker design with an 11mm woofer and a 6.5mm tweeter per bud, and a trio of mics.

The Galaxy Buds 2 could have colors similar to the original, with SnoopyTech posting images we’ve seen before from leaker Evan Blass; these are claimed to be official renders of the earbuds. The alleged colors include the standard black and white, as well as lavender purple, olive green and yellow — notably, we’ve seen purple and green models in previous apparent leaks, but the yellow version is new.

If these specs are to be be believed, then the Samsung Galaxy Buds 2 could come with some rather solid upgrades over their predecessors and present a challenge for the likes of the Google Pixel Buds 2 and AirPods Pro.

Pricing remains the main sticking point as rumors have the Galaxy Buds 2 slate to cost between $175 and $237; if Samsung can hit the former price tag, then it may have a serious contender for our best wireless earbuds list.

We’re expecting to see the Galaxy Buds 2 at Samsung’s Unpacked event on August 11, where the Samsung Galaxy Z Fold 3 and Galaxy Z Flip 3 are also expected ot be revealed.

Hulu’s price is going up soon: here’s when and how much